Many of you may have already heard the first part of Breanna's story. Her life changing 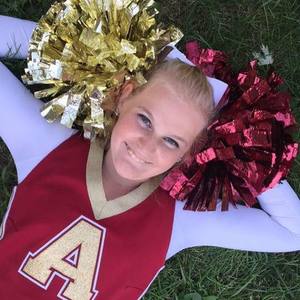 diagnosis of cancer was featured in our warrior blog in the last part of 2016.

We hope you enjoy this update and will continue to pray for Bre, her mom and the many other families who are in the battle against childhood cancer.

Bre was diagnosed July 26, 2011 at the age of 9. A stage IV high risk tumor, known as a neuroblastoma had invaded her young body. Her mom was told that she had a 50% chance of survival.

The thought of having her baby girl die rocked her mom’s world. The family was thrust into the world of battling a childhood cancer. Imagine having to process such horrible news!

Bre spent most of a year and a half in the hospital or at home isolated from everyone and everything she knew. Her life was truly interrupted and transformed. 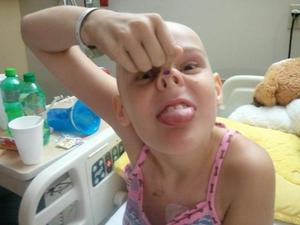 Bre would keep on keeping on, although the fatigue of fighting was often difficult to face. She seemed to be a ray of sunshine with her smiles and silliness, the whole time fighting on the inside.

Bre had a scare last fall with some health issues that were very concerning. Bre, and her mom Mandi, were blessed and relieved when test and scan results revealed “all clear” for cancer. What a huge relief it was to hear the doctor give them such great news. Anyone who has been a part of the cancer world, understands the term "scanxiety". It is the anxious moments awaiting the test and scan reports, praying they get good news. 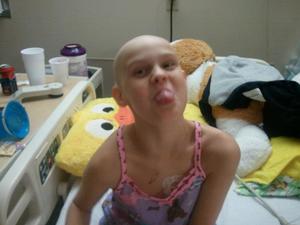 Bre has her next check-up and scans mid April, at which time she will be four and a half years cancer free. The milestone she and her mother now look towards? Where most cancer patients wish to reach, five years cancer free. It is the mark at which the doctors identify as in full remission.

About a year after Bre's diagnosis she had to be hospitalized for one of her treatments. During her daughter's stay, mom still remembers the diagnosing doctor and her crossing paths in the hallway. He seemed to be in disbelief. “I honestly did not think she would be here,” speaking of the concern he had when Bre was diagnosed with a stage 4 disease. Not only was she there, she is here now as a teenager. 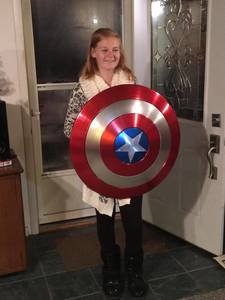 Bre has not allowed her cancer to keep her from one of her favorite past times, encouraging other warriors as they fight the disease. Bre has become a “big sister” to many other children who are in the battle for their life. Her smiling face and message of hope bring a "superhero" feel when she visits.

When asked about where she and Bre were in this journey, Mandi simply replied, “We are good… God has a plan... She is my miracle.”

Mandi tells every parent of a child with cancer, "Believe." When Bre was in the heat of the battle, the mantra Bre and family repeated, "Believe in Bre." Mom and daughter wanted to communicate that there is hope in the midst of those dark days of treatment. "The word 'live' is in the word 'believe', that's what we wanted for Bre. To believe in her and to have her LIVE, in spite of the cancer." After this last reprieve, which came in the form of great news that there was no evidence of cancer, her resolve to encourage others only strengthened.

Even though she doesn't talk a lot about her own battle with cancer, "Bre knows she is lucky to be here, that God has brought her through this." says mom.

"Don't lose hope." It is what has brought this mother daughter pair through the past 4+ years. It is also their belief that hope is what will get their fellow warriors to the other side of cancer as well.

Bre's journey has led her to want to be a Child Life Specialist so she can assist other kids through their cancer journeys!

All of us here at Gilead are so thankful for Bre and her mom allowing us to be a part of her encouragement team. They have inspired us as we've been Sharing the Journey with them.