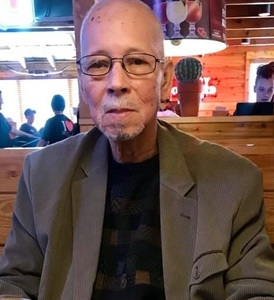 He is friendly and ray of sunshine, it’s why so many of us have visited his barbershop over the years.

My history with this gentleman is filled with “trim me up”, “trim my neck” and “use the #6 guard and just buzz it all.”

Our Gilead Ministries office was next door to this hub of men who came to see their barber. The conversation and laughter was pretty much a constant noise coming from the location next to our office. Some days it was more entertaining than most television shows.

But, when the entertainment passed and the shop was empty, you could always find this man of faith sitting and reading, most often was his Bible and Sunday School materials.

That faith which he held to so tightly and lived so vividly would later be a source of struggle and a place of questions. Questions of the heart, of the soul, of the deepest of parts of a human.

It was a little over 8 years ago when Ed Clemens, my barber, was diagnosed with Multiple Myeloma, a disease of the blood. He would begin a journey that continues to this day.

After he learned of his disease, Ed began chemotherapy treatment. It would take him down a path he had not traveled before this time. A time when his body was weakened and his spirit was challenged. With the encouragement of family, friends, prayer warriors and nurses he kept fighting. As he regained strength he saw the light of hope ahead. He was so thankful.

It was during this season that Ed began to wonder… “Why me?” It’s not an unusual question, but each of us come to that place individually. His concept of God and his faith were tested in ways he could not have known before the pressure and pain of treatment.

Then he said, "I thought...Why not me? I am not any better than anyone else." This is how a man of faith faces his night of the soul. He allows himself to question and yet, looks to God for his strength.

Ed's not perfect, he doesn't have to be. His Savior is. 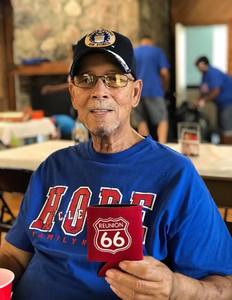 As he began the process of fighting Multiple Myeloma, Ed remembers… “ I really appreciated the many people who called and sent cards and prayed for me. One lady had a prayer chain that went all the way to Alaska.”

He is so thankful for his family, which he was concerned he might leave. Their love and support are bright spots on his journey through treatment. After a year of taking chemo, Ed was told he was in remission. His regimen for treatment to keep in remission was often an oral chemo.

That lasted 5 years, but not before another battle against cancer would appear.

In 2016 Ed was diagnosed with prostate cancer. By God’s grace it was caught early. The low stage of the disease provided him with the opportunity to fight it with just radiation.

He was not to be without more obstacles. The Multiple Myeloma returned. Chemo pills for the treatment began to cause other side effects. Specifically he struggled with fluid retention. 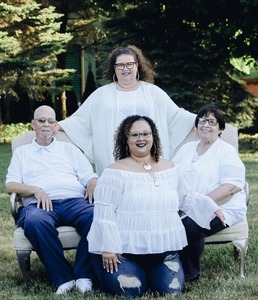 I smile as I spoke to Ed about his current situation, as we were discussing the barbershop days he informed me he had just decided recently to retire from cutting hair. Not bad for an 82 year young man of inspiration. Ed originally worked for RCA and retired after 24 years. He has cut hair for 59 years! Part time in the earlier days.

This man, who I am thankful to call friend, has faced each step of his cancer battle with courage. Many would have wilted under the load, and Ed would say there some days he thought he would not get out of this alive. During those days he said his faith was tested.

I laughed as while I was interviewing him for this post as he told me about the times when the guys would use profane language in the shop, he wasn’t very fond of that. “That was some of the tough times” but he responded again, “I really enjoyed the conversations and getting to know the guys.” “It was a lot of fun.”

That was how I got to know Ed. I went to his shop and asked if he could “use a #6 guard and buzz my head all one length.” He said he could. The rest is history. That is a number of hair cuts and trim ups ago.

When he began to have trouble with ongoing side effects, specifically the fluid retention, his steps got a little slower. His world got more difficult. Once again he would need to battle back from some of the lows that the side effects brought. 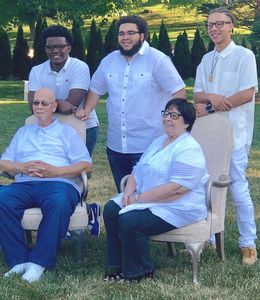 With some better days behind him and the challenge ahead still needing his attention, Ed had to have a ramp built for his home so he could get in and out of his house. A gentleman from Taylor University was kind and helped him get his initial ramp built.

In addition to his own cancer, his daughter has recently had to battle cancer as well.

Recently, with needing some rails attached, Gilead Ministries was able to provide volunteer workers who attached rails to Ed’s ramp. Dave Moore from Center Chapel Church along with some extra muscle finished up that job this week.

Ed’s battle still rages, but his faith and his great attitude are a shining star in a world full of concern and fear. I am so thankful for the days I spent in his shop just shooting the breeze or getting my “ears lowered.”

Pray for Ed, he still has challenges ahead and I can guarantee he is more than thankful for your prayers.

If you’d like to send Ed a card, you can send it via Gilead Ministries.

More pictures of the ramp work can be seen here.

What a beautiful story ! Eddie is indeed a great, powerful Man of God. He never gives up or quits. He is one of two strong God fearing brothers & I'm proud of them both. Eddie was raised by parents who took us to church & showed us a Christian life & taught us respect & love. He's not ashamed to display his gratefulness to God for bringing him through his trials & we love & respect him for that. Thank you for this article & may God richly bless & keep you.

Absolutely great story about a great man. Big Ed has always been a man of integrity and high moral values which he instilled in family and anyone that he came in contact with. I have been very fortunate to have grown up not only with Big Ed in my life but other great men just like him, because as the saying goes " it takes a village to raise a child " our village is strong because of the chief's like Big Ed. Thank you Ed for being the man you are, I love you and appreciate you always.

What a wonderful story about a person who is truly a Man of God. I have known him almost all my life. He is such a kind and gentle man. I am proud to call him my friend. May God keep Blessing you.

Prayers for this great family & especially Eddie! I am ashamed that I didn’t know how serious this has been. I knew of health problems but really didn’t know what was going on! Lifting him up to our savior always! When we are thinking life isn’t fair, there is someone else having the same worries! Eddie is awesome person!

I have been privileged to know Ed Clemens for over 50 years - since he and Rev. Bill Perkins cut hair next to Marshall's Tavern downtown. He has always been a quiet giant - speaking volumes through his life. Pleased to see the example he sets with his witness of faith in these difficulties. He and his family remain in my prayers.

A great MOG & my big brother.

I'm so glad I got to read this story. GOD has brought Eddie through his illness and is still working with him and what he is going through. Eddie has always been a very respectful guy coming from a well known Christian family. I know they were brought up by the best parents anyone could ever want. I will keep Eddie, his daughter & family in my prayers and ask GOD to give him the strength that he needs as he goes through the challenges he encounters along the way. Continue to keep the FAITH and TRUST in GOD Eddie. We all know HE'S a HEALER and a MIRACLE worker. HE'S your doctor, the one in charge. HE'LL never leave you nor forsake you. GOD bless and be with you and your family....by HIS stripes you are healed in the name of JESUS.

What a inspirational story about Ed Clemons. He is definitely walking testimony. I use to work with him he such a joy to be around. I will be praying for healing and strength along the way.

This is such a wonderful tribute to a great man! My parents Edwin and Carolyn Davis were good friends with Mr. and Mrs. Clemens, my dad enjoyed spending time at the barbershop even when he didn't need a haircut just being in the company of a friend talking about the goodness of God. I remember my mom telling me how Mr. Eddie came by the house on his motorcycle to check in when she was going thru her chemo he was shocked when she came to the door with her boots and jacket on, they had a good laugh that day. Continued Blessings Mr. Clemens!

Such an inspirational story of Mr Clemens. A man of integrity and whom shares his beliefs in such a way that Christ is exemplified in his actions. I will keep all of the wonderful family in my prayers. God bless you.